The steps to add a new server are explained in the following subsections.

Choose the database technology that you want to back up. You can choose between a wide range of supported database engines for both SQL and NoSQL databases. 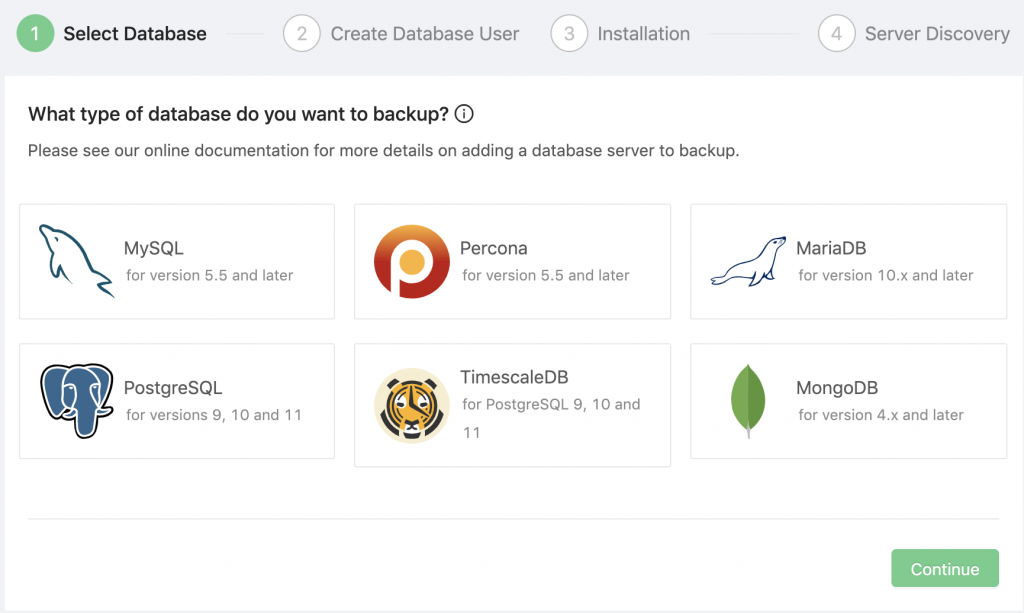 In this step, you will get a set of commands to be executed on the database server to allow the Backup Ninja agent to connect to the database. 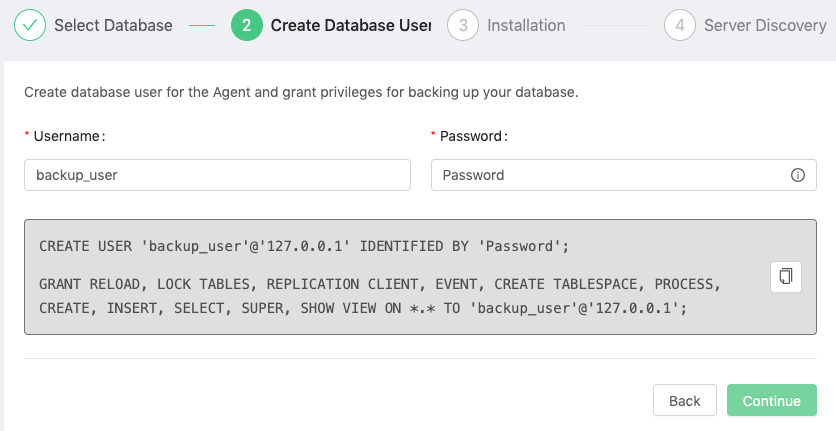 Copy the commands and execute them on the database server with a privileged user like root or super admin. Click once done.