In our third release, we now support scale out and in Redis Sentinel, MS SQL Server 2019, and Elasticsearch clusters.

We are continuing to add features to the new ClusterControl v2 web frontend and in this release, you are able to:

We still have some ways to go, however more of the core features to manage our full range of supported database technologies are becoming available in our new user interface.

Scale In and Out

Various other improvements and fixes have also been made and available in the previous patch builds leading up to this release such as:

See ClusterControl changelog for bug fixes and improvements prior to this release.

Q: How can I start using Elasticsearch? 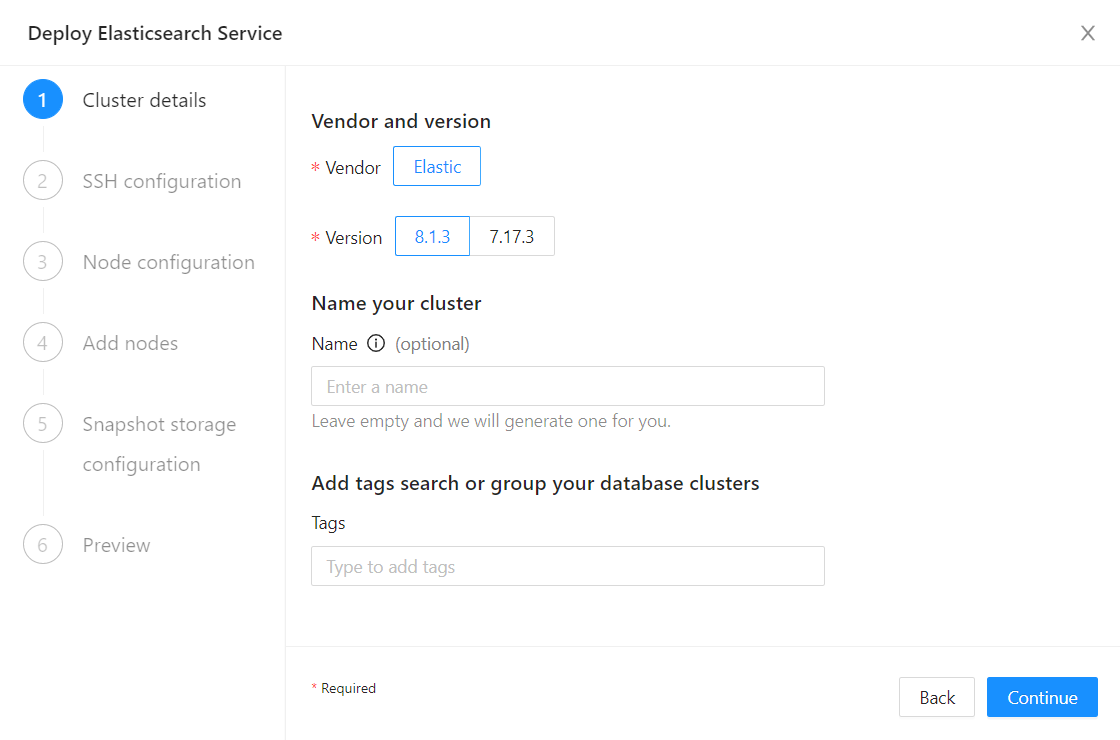 Q: Can I separate the location of my Elasticsearch master and data nodes?

A: Yes, you can separate the master and data nodes to be on different hosts.

Q: What are the minimum requirements for a clustered Elasticsearch deployment?

A: Yes, you can separate the master and data nodes to be on different hosts.

Q: Can I rebuild an Elasticsearch node?

A: No there is no need, the Elasticsearch cluster automatically partitions the dataset across all available data nodes. You can remove and add a data node if you need to for example terminate and relaunch the VM the node runs on.

Q: Can I deploy other load balancers like ProxSQL with ClusterControl v2’s web application?

A: Not yet with this release, unfortunately. We are working on adding the remaining supported load balancers and connection pooling. Expect it to be available in an upcoming release of the ClusterControl v2’s user interface.

ProxySQL has some limited functionality which will be available in upcoming releases. Currently, these node pages are ready: